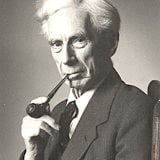 But he spoke it in furry strange gargling singsongy voice, “I know you, you know me, one thing guy can tell you iss youf got to be freee.”

I marvelled at his astute command of der Bohemian vernacular when he told me that he learned this on der way to Earth from broadcasts out in space of what he termed, ‘beetles songs’. I was utterly amazed zat beetles could sing und compose und told him so. But he just laughed in furry alien sort of way und told me zat der ‘beetles’, mit eine capital B und spelled ‘Beatles’ were a group of rock und roll musicians who were in fact, human.

Vell! Vee are learning new things every day! Who would think zat an alien would be telling me something I neffer knew about mein own planet? Eh?

But first things first: Zis all began when I saw flying saucer, 1950’s style. It had just landed in der little field outside zir local hamlet. Und der little green men came out – greeting me, they were, saying: “Vee kom in peas”.

When I mentioned this to colleague of mein he said, “but I thought you said they came in flying saucer!” Apparently he visualized der aliens ass arriving in spacefaring peapods. After we sort out this misunderstanding, he is telling me I need to brush up on my delivery of der English language. I am astounded by his remark, I haff been speaking English for fifty years.

I took photo of event, but authorities say it is close-up of child’s spinning-top with cheap toy-aliens standing round it, und mein intellectually challenged assistant in background looking smaller zan der flying saucer by way of illusory perspective.

They are not know that I am professeur of UFO’s. People are saying to me, “UFO”, all der time. They are also calling me French sounding name, “Charla Tan”, which I presume, is compliment of astronomical magnitude. However, sometimes they call me by udder Greek und Latin sounding names that are sounding a bit suspect. More cosmic accolades? Hmm? I am not liffing in great hopes of that; too many people are not taking Ufology seriously enough.

But I am der only human I know of, who has had sex with one of these aliens.

It was zee most enjoyable experience I have ever known, ver intense and almost spiritual. From der furry first moment I met Ktatxhm hvz Ychargsl, I felt a strange tingling magnetism throbbing throughout mein body und I knew – I just knew right then, beyond ein shadow of der doubt – that there was going to be something magical und meaningful between us.

People are saying, “how could you possibly even consider having sex mit a slimy green creature wiz eine huge slit for its mouth und eyes on long stalks”. They are obviously not know that great beauty is often on der inside und that any form, no matter how different to one’s own, can contain great luff und humanity. They are telling me I speak bollocks und will poke anything that flutters its eyestalks at me. If zat is not verification of Intercourse with aliens, zen I labour under grave misapprehension.

The featured image is a photo of Bertrand Russell, posthumously playing the part of Professor Hans Himmel.

“Zere is absolutely no doubt zat Hans Himmel saw somezink! Vot it iss, zo, I haff absolutely no idea! Howeffer, I do take der man furry seriously und support everyzink he claims in zis affair – particularly az I am receivink a quite substantial percent off his media retainer!”

On Bosznekikov’s behalf the Sol System Interstellar Sightings Bureau drafted out this report:

Professor Hans Himmel [1902-1999] was a lecturer on Ufology at Badenheim & Bingleydale Universities in Deutschland and England.

On 23 April 1959 he witnessed a landing in the little village of Bingleydale, Barkingshire, where he had been residing for many years since moving to England to further his research. The investigation of the Bingleydale case; was led by Dr Herpes Basil Bosznekikov with the BUFODI [British UFO Dept of Investigation]. The report of the case ended up in the Project Black Book saying:

“Zere iss no doubt zat Hans Himmel saw eine object vich left quite an impression on him. Zere iss also no question about Himmel’s reliability; he is a serious lecturer, a pillar of his community, und a man vell versed in recognizing airborne vehicles in his area of expertise. He is puzzled by vot he saw, and frankly, zo are vee. Zis is der best documented case on record.”

The experience of Hans Himmel on April 23, 1959, stands as one of der most profound UFO events in zer modern history of der phenomena. To zis day it remains a case in vich all der facts involffed support zer vitnesses claims, und it is zis kind of case zat makes zer UFO phenomenon such an enduring mystery.

Hans Himmel saw a highly unusual device of unknown origin, Vot kann only be described as a “craft” of some kind, und he reported seeing und effen communicatink intimately viz vot he claims ver der occupants. Despite zer controversy often surroundink der subject of UFOs, der incident at Bingleydale remains an example of vot zer UFO phenomenon is, in fact, all about.

Bertrand Arthur William Russell, 3rd Earl Russell, OM, FRS [Born 18 May 1872 – Died 2 February 1970 aged 97] was a British philosopher, logician, mathematician, historian, social critic and political activist. At various points in his life he considered himself a liberal, a socialist, and a pacifist, but he also admitted that he had never been any of these in any profound sense. He was born in Monmouthshire, into one of the most prominent aristocratic families in Britain.

Russell led the British “revolt against idealism” in the early 20th century. He is considered one of the founders of analytic philosophy along with his predecessor Gottlob Frege, colleague G. E. Moore, and his protégé Ludwig Wittgenstein. He is widely held to be one of the 20th century’s premier logicians. With A. N. Whitehead he wrote Principia Mathematica, an attempt to create a logical basis for mathematics.

His philosophical essay “On Denoting” has been considered a “paradigm of philosophy”. His work has had a considerable influence on logic, mathematics, set theory, linguistics, artificial intelligence, cognitive science, computer science [type theory and type system], and philosophy, especially philosophy of language, epistemology, and metaphysics.

Russell was a prominent anti-war activist; he championed anti-imperialism and went to prison for his pacifism during World War I. Later, he campaigned against Adolf Hitler, then criticised Stalinist totalitarianism, attacked the involvement of the United States in the Vietnam War, and was an outspoken proponent of nuclear disarmament. In 1950 Russell was awarded the Nobel Prize in Literature “in recognition of his varied and significant writings in which he champions humanitarian ideals and freedom of thought”.