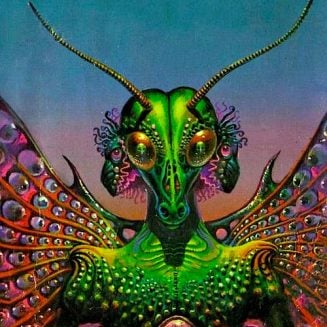 And on the first day the Horde of the Louse said,
“let there be light.” And lo, there was light,
and the Louse was hit.

On the second, third, fourth and fifth days
the Horde separated the light from the darkness
calling them night and day.

Day was composed of sunshine, electricity, stars,
galaxies and quasars – and Night contained the Moon,
and the Shadows led by Hank Marvin, and Black Holes,
Neutrinos and Dark Matter for Stephen Hawking
and other prominent scientists.

On the sixth and seventh days, the Horde said,
“Phew, that’s quite enough. I’m completely knackered!”

Then after five days of wandering around in the cloud-tops
in nothing but a robe, sandals and a long flowing beard
and mumbling to himself in deep thunderous bass tones
while making spectacularly theatrical gestures,
he put his feet up and took a sabbatical.

In just seven days, the Horde of the Louse created Heaven and Earth,
All Creatures Great and Small and the rest of the known Universe,
for all those credulous enough to believe it –
So take note all you Darwinian rationalists and evolutionists!

THE FEATURED IMAGE is a BRUCE PENNINGTON ILLUSTRATION on the cover of BUG-EYED MONSTERS,
a Panther Science Fiction paperback Edited by Anthony Cheetham. 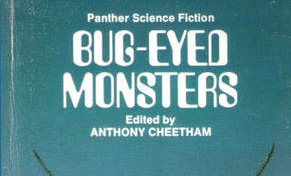 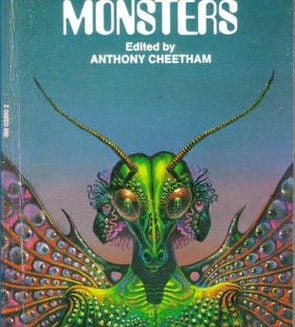 The first verse of my Poem beneath the Featured Image was written in 2014. All the following verses were written in 2016. It is a loosely based take-off of the book of Genesis, the first chapter in the Christian Old Testament and the Judaic Tanakh [Hebrew Bible]