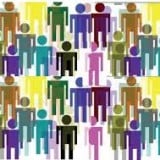 Do you vote Labour, Conservative
Are you Communist or are you Liberal

Have you ever contemplated
Being computer-mated

Don’t look at me like that
Are you Queer

Demographics of the United States

Indonesia with an estimated population of 253,899,536 is the fourth most populous country after the US [see footnotes*] followed consecutively by Brazil, Pakistan, Nigeria, Bangladesh, Russia, Japan, Mexico, Philippines, Vietnam, Ethiopia, Egypt and Germany . . . the list goes on with the UK at number 22, continuing right up to Tokelau (NZ) at number 240 with a population of 1411. This brings us to the three least populous countries or states with populations numbering below one thousand:

The demographics from the 19th century to 2014 for the UK follow.

The above supplied population counts for each year listed above, look like utter fictitious nonsense. The total figures should be in the millions, not thousands. I have searched vainly so far for a reliable and sane source of information online for this data aside from the tentative estimates gathered since, which will be shown below when prepared.

Indonesia is a vast archipelago that comprises over 17,000 Islands, which go to form a land mass equating to 1,919,440 square kilometres [735,355 square miles]. This means that Indonesia is the 19th largest country in terms of land mass and it has a high population density, too.

The last official census recording the population of Indonesia took place in 2010 and it showed that there were 237,424,363 people living on its 17,508 Islands. This equated to a population density of 123.76 people per square kilometer [323.05 per square mile]. Around 58% of Indonesia’s population live on the Island of Java and the statistics involved here make it the most populous island in the whole world.

Did you know?
If you lived in Indonesia rather than the US, you’d die 7.2 years sooner, but be 67% less likely to have HIV.