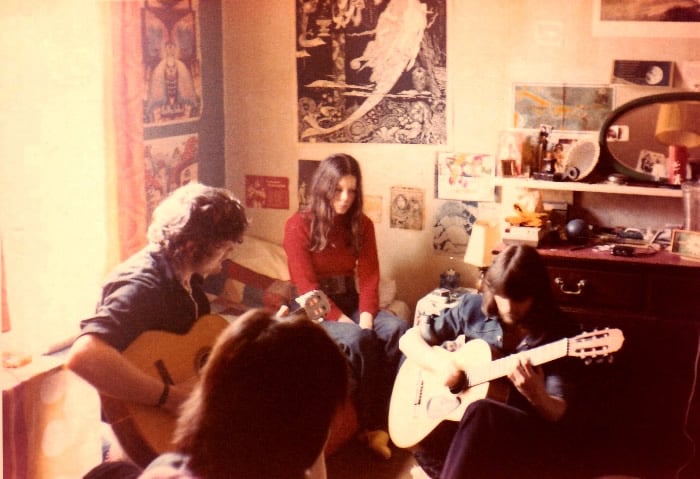 This photo was taken at Birdhurst Rise where Nicole and I lived in 1974. Terry lived round the corner in Birdhurst Road and met Bernie whilst working in the Carpet Dept at Allders of Croydon, where Bernie was a salesman. Both, like me, were songwriters and Bernie was planning on recording a batch of his songs. He asked me, and an old friend of mine called Kelvin James to handle the vocals between us. 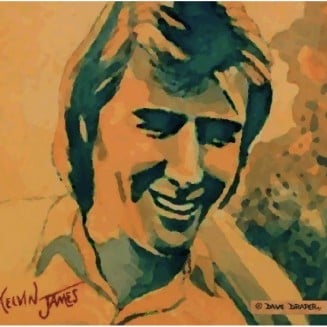 “Unfortunately, I don’t have any photos of the recording event, which was held at the Tony Pike Studios in Putney. Though there is a photo of Bernie at a rehearsal session in Croydon shown here, together with a copy of an acrylic painting I did of Kelvin James from a newspaper cutting.”

Alan Griffiths, the guitarist on the sessions had also worked with Bernie I believe, and was a colleague of his, as were Colin and Jeff the bassist and drummer whose surnames escape me. They were all very slick and professional.

Alan was very outgoing and friendly and asked me what I thought of Bernie’s songs. Apart from ‘Hey Mr Blindman’ which Kelvin did the vocals for, and which in some people’s opinion was an insensitive song in poor taste, I thought they were fairly good songs, particularly, ‘I’ll Bring You Love’, which I rather liked and still do.

It’s true that certain songs hold memories of the times and events in which they were current and this one certainly does – I think this recording and rendering is very bright and professional. It absolutely bounces with life and magic.

I would certainly hesitate at the very idea of eliminating it from my musical history, despite being reminded by others of its teenybopperish Donny Osmond connotations. It’s a great pop song in my opinion and I’m glad to have sung it. 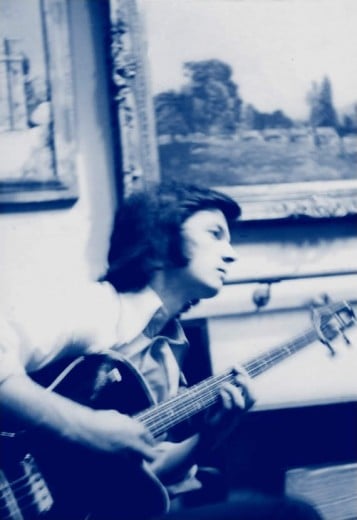