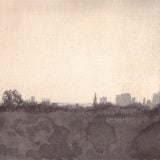 Sheets of bright flame, orange and yellow, leaping up and forming long curving lines and columns of fire . . .

Clouds of billowing brown and grey smoke, boiling and rising from the flames, writhing upwards towards the arches and hangings of rocky subterranean ceilings . . .

The thumping and banging of numerous huge hammers, echoing against stone and metal, and the grunts and groans of toiling minions in ceaseless servitude . . .

And the screams that are so ear-piercingly loud and blood-curdling . . .

They echo through my head, as if it too, were some vast network of caverns in which grotesque and monstrous demons are wilfully, gleefully, torturing and maiming helpless captive victims . . .