Newly built and provided with its own garage and driveway, we were the first occupants but only rented the house at Carolina Road, although I loved the houses and gardens and the cherry-tree lined pavements with their low-slung ornate street lamps in this green and pleasant, up-market, residential part of Thornton Heath and at first, until it grew on me and I realized that the area was rich with character and history, I absolutely hated it when we moved to 46 Bensham Grove on the more banghole side of town. No trees along the pavements anymore and older, less attractive houses, interspersed with the occasional shops. Although the general purpose shop nearby was very handy, the others were no longer used for trade but still lived in, their glass-fronts blanked over and not really adding any particular grandeur to the locale. And there was the odd, untidy, noisy factory close by and even a dog kennels three doors down from us.

Just across the road from our house was an overgrown plot with old tin cans, discarded rags and worn out tyres strewn amongst the grasses, weeds and shrubbery invading the concrete foundations of erstwhile prefabs. This plot was known simply as the land and sometime in my teens, just as it began to grow more green and luxuriant and recreationally amenable, it became the site of a new factory. However the new factory was the most presentable so far erected in Bensham Grove, fronted with neat admin offices, tarmac forecourt and gated wall, although I would have far sooner been confronted with the greener view.

Aside from this touch of sophistication the area was still a bit of a banghole, with pockets of the less desirable elements of society, such as the odd gang of roughhouse yobbos. But the move from the more respectable Carolina Road area was made because my dad wanted to own the house we lived in and this one was more readily available and presumably also, fell more within his budget. This was around 1953 when I was about eleven, a somewhat disorientating, traumatic period for me as I was also changing schools at the time.

According to an early school report during my primary education at the age of nine, my top subjects were Art, History, and Geography. In addition it was noted that I also showed a special interest in Nature Studies. Since then I have also independently maintained an active interest in a broad range of scientific studies into the nature of existence and the universe encompassing astronomy, zoology, biology, botany, physics, chemistry, ecology, geology, anthropology, ethnology, genetics and linguistics.

From 1949 till 1953, I attended Beulah Primary School and then Ingram Secondary [Comprehensive] School where I made new friends, graduating to the Art Class at the Art Teacher’s recommendation in my fourth and final school year. In addition he urged me to attend Evening classes at Croydon Art College, then held in The huge Victorian style Conservatory at Coombe Cliff Park, South Croydon, where I received the Roger Nicholas Franklyn Scholarship Award of Art in 1957 at the age of fifteen. This was not only a certificate award but also an actual financial grant for the purchase of art materials, I forget how much, but it was enough to get all I would need to set me up.

Just before leaving school I was also advised by the Art teacher to seek a post as Commercial Artist in London. As a result I ended up working for Mather & Crowther, a large Advertising Agency for six years, starting as a messenger and office boy for the first few years before joining one of the Art Groups in the Creative Department, based first at Brettenham House in Lancaster Place and then at Columbia House in the Aldwych.

Close by was the Lyceum Ballroom where I used to go dancing at lunchtimes while I was based at Lancaster Place.

Further over in the backwaters of the West End, was Central Art Studios where I went to visit Michael Pearce an old school-friend, also resident in Bensham Grove and was introduced to a work colleague of his, Long John Baldry, who asked me if I liked rhythm and blues.

It was during this period, between the late 1950s and the early 1960s that I became actively involved in the new kind of music that was emerging – pop, rock and roll, and rhythm and blues.

This was also the first time I started using microphones and singing with bands with amplified guitars. Prior to that, aside from the annual carol-singing events at Christmas, I had only sung in school choirs, pantomimes, and youth club concerts.

Following an interest in acting I joined a local Theatrical Organization for about a year in 1966, appearing in several plays, one in which I accepted the lead role. Years of memorizing lyrics for the multitude of songs in my repertoire had stood me in good stead for learning my lines and fortunately I never once flunked my on-stage performances, thanks to much constant preparation beforehand.

In the same year I started learning to play guitar to accompany my vocals, purchasing both acoustic and electric guitars and after an incredibly intensive six-months of practice, musical study and nascent songwriting, began making my way round the folk clubs as a visitor and performer.

My acting interests have not been continued since those days in the 1960s, although my other creative pursuits including some of my musical activities such as appearances at charity events and jamming sessions are still going fairly strong. 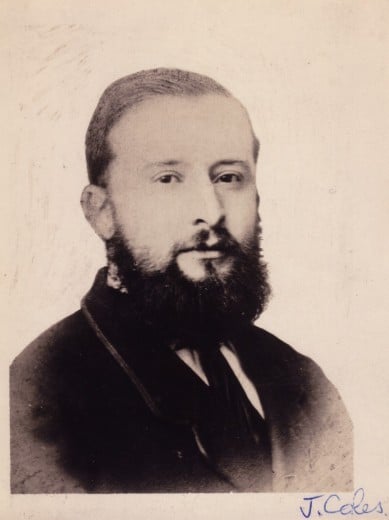 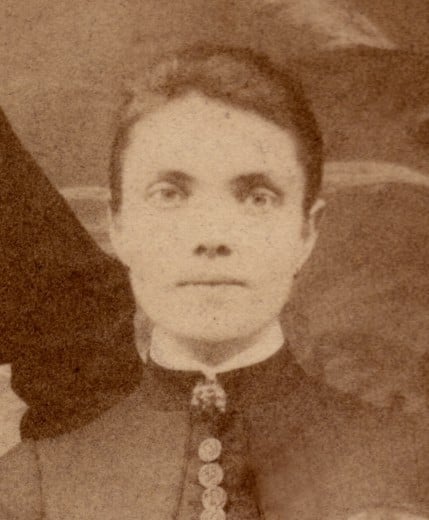 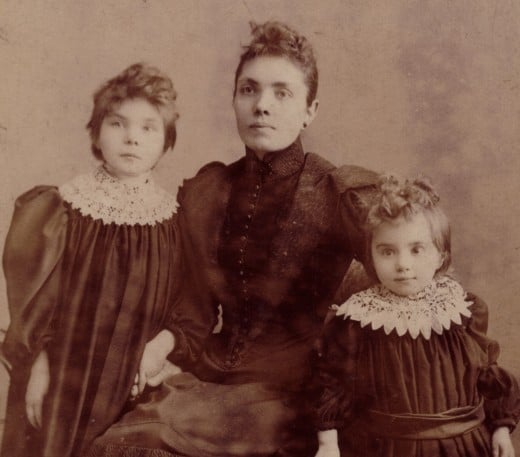 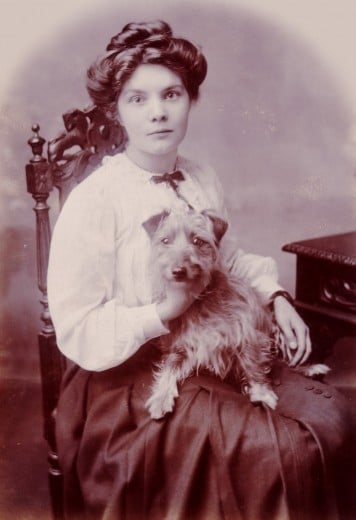 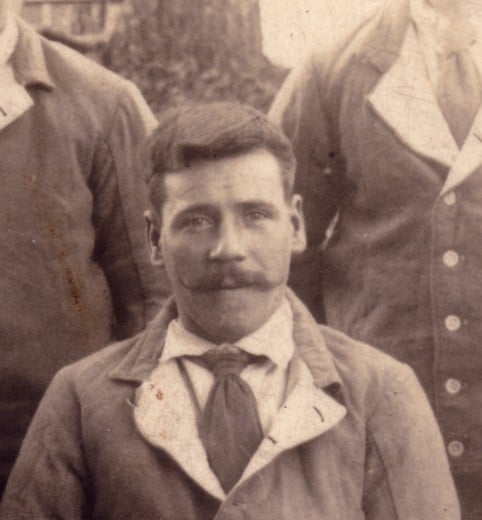 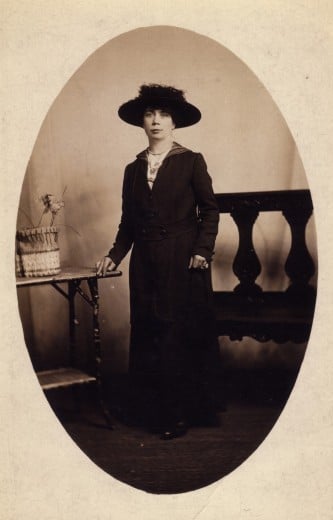 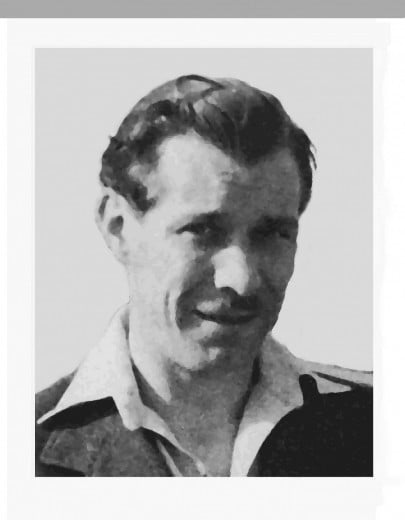 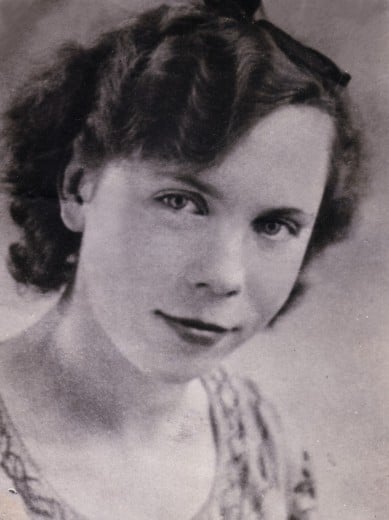 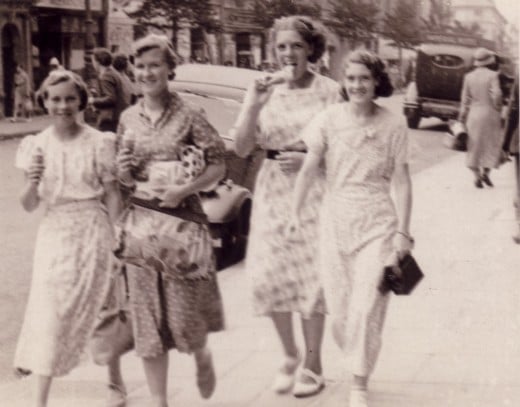 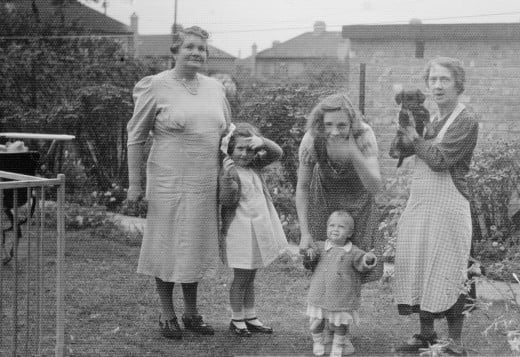 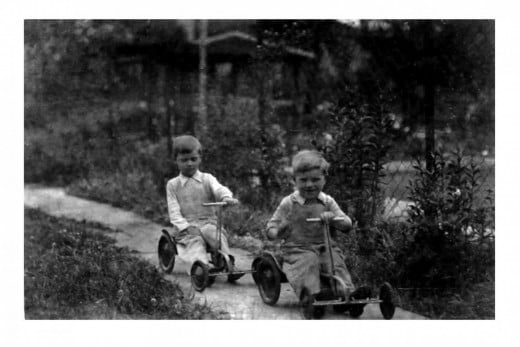 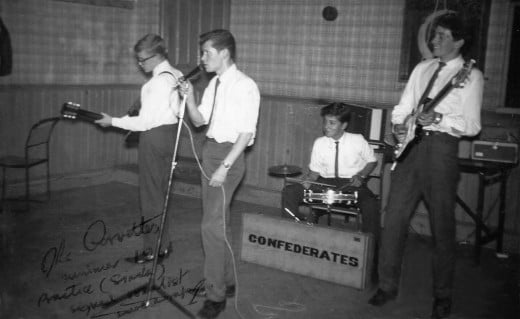 ‘Rehearsal at the Simla Tavern’ 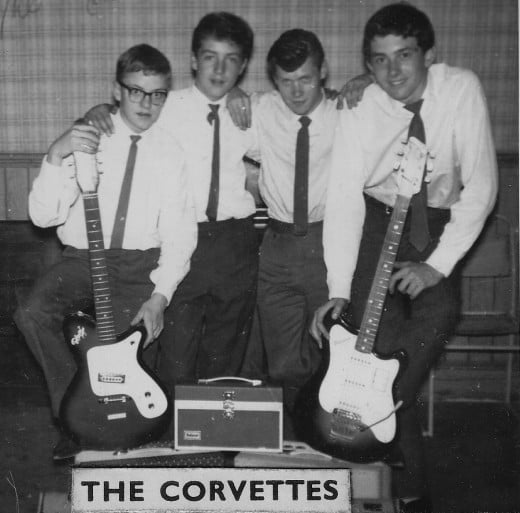 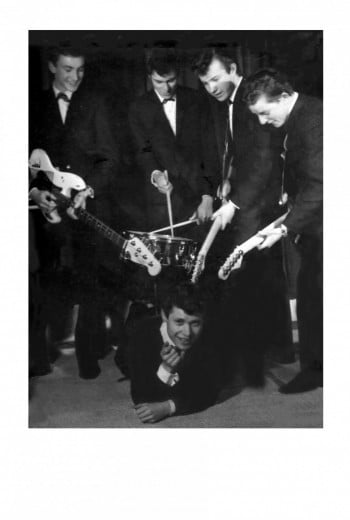 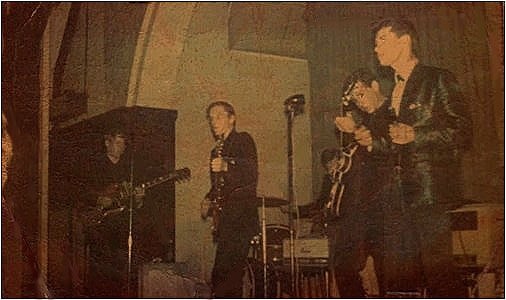 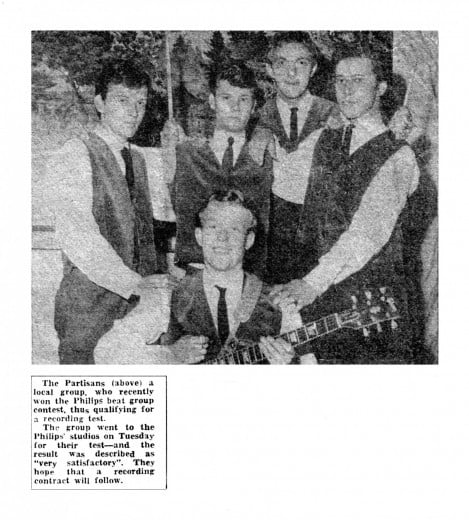 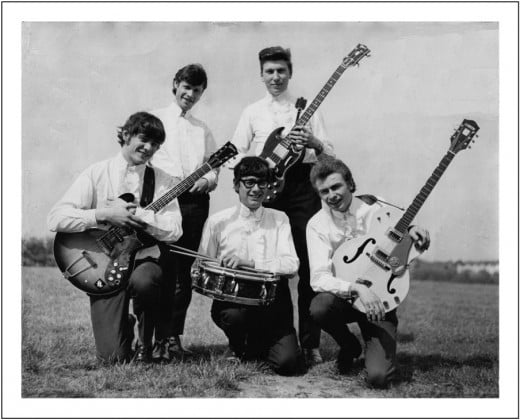 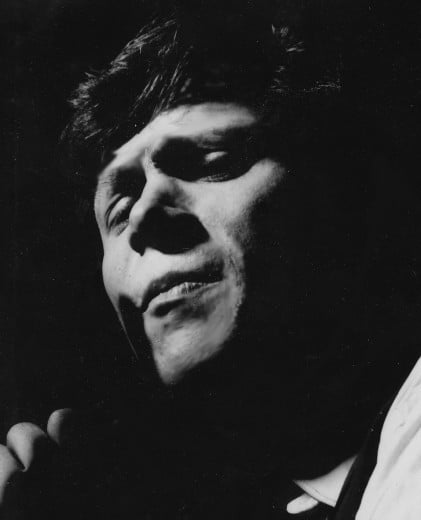 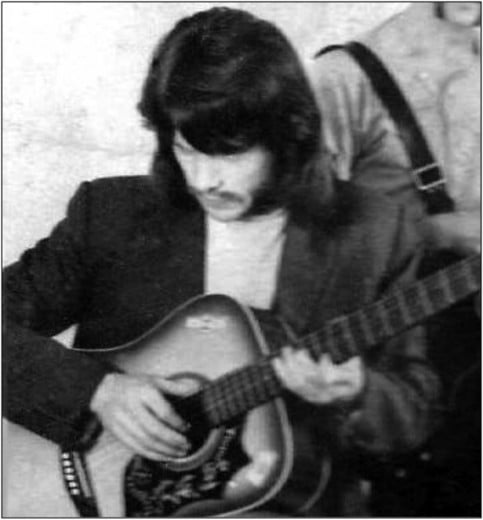 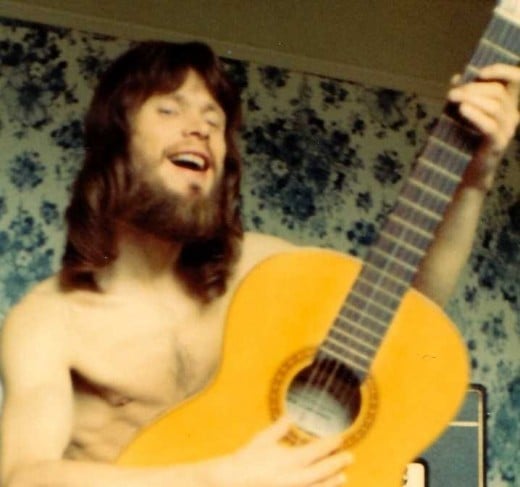 ‘Acoustic Session at the Birdhurst 1972’ 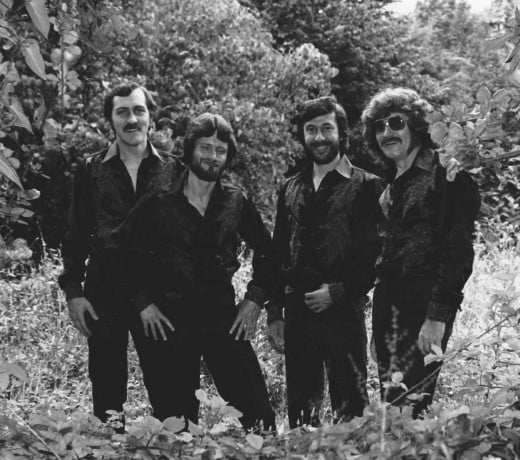 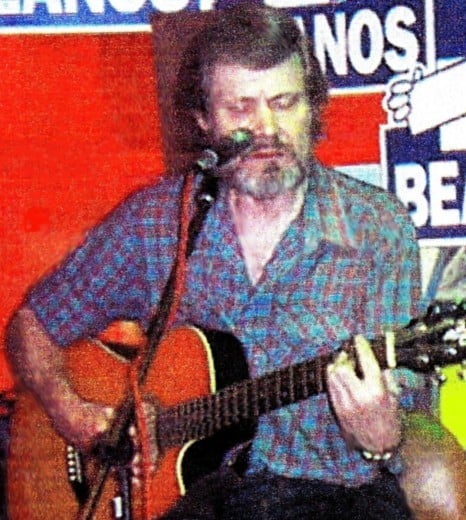 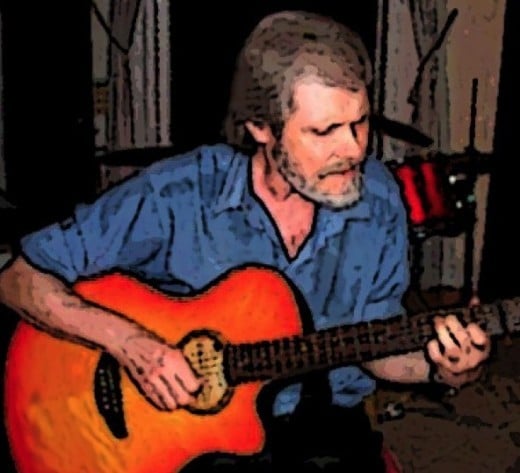 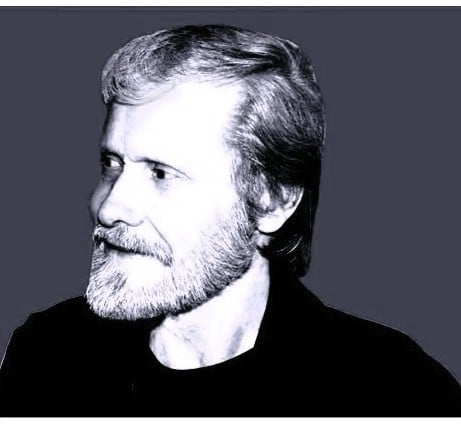